Towards 2050: Saving the Environment 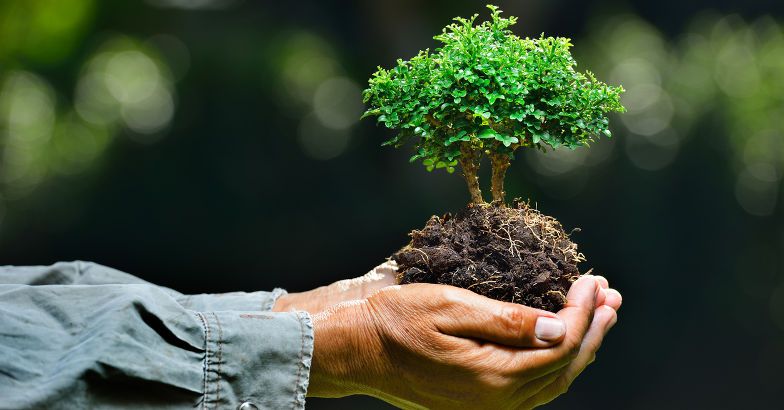 The Indian economy will be about twenty times larger in 2050 if it grows at an average rate of 8%. Assuming a 2% per year improvement in resource productivity, the material throughput in the economy will go up by a factor of ten.  Primary energy consumption is expected to go up by a factor of three between 2010 and  2030 on current projections, which suggests a six-fold  increase by 2050 on a business as usual scenario.

The pollution load and resource pressures are directly related to material throughput and energy use and, hence, will be six to ten times larger than at present. Considering the fact that we already face major environmental and resource pressures this is a grim prospect. Coping with these pressures is as important an imperative as development.

From the Third Plan onwards Indian planners have accepted add on schemes to cope with ecologically stressed areas like deserts, dry lands and mountains and from the seventies onwards for pollution management and environmental impact assessment of projects.  The  major challenge these days is the conflict between forest protection, forest dwellers rights and resource extracting projects. Much of the focus has been on rural issues of land degradation, water logging and salinity loss of biodiversity and so on.

As we move towards 2050 this will change.  With the stabilisation of rural population by the middle of the next decade and the subsequent absolute decline the focus of environmental will have to shift to the consequences of a more rapid pace of industrialisation and urbanisation.  Thus the management of urban air pollution, congestion, chemical hazards, congestion, noise pollution will become increasingly important.

At present these are poor cousins which  receive little attention from the politicians and left to the care of corrupt officials.  The Environment Ministry itself is generally assigned to some junior politician and when someone like Jairam Ramesh actually implements the laws in place he is quickly shunted out. We need an independent and statutory Environmental Authority authorised to implement the laws on pollution and hazard management. We also need to bring State governments and local bodies into the picture because their commitment is essential for enforcing what are, in essence, municipal obligations.

One classical the environmental issue, freshwater availability and quality, will remain dreadfully salient as we urbanise and industrialise, which means not just higher demands but also greater pressure on water quality. In many parts conflicts between traditional household and agricultural use and new industrial uses will lead to conflicts worse than what we have seen in the disputes surrounding the use of water by soft drink manufacturers lately. The only real answer is much tighter water management to reduce leakage losses, maximise recycling of used water and efficiency improvement in appliances for water use.

The other traditional area of concern that will remain relevant is forest and biodiversity protection. Today the real pressure on forests is from mining for coal and other minerals. Conflicts between mining companies and local forest dwellers are now the rule of the day. There is no ready answer for this except to reduce the material intensity of production and rely more on imports for mineral based basic materials like steel and aluminium. There is no strategic case for aiming at self sufficiency in basic mineral products which are widely traded and available in world markets.

India will also have to show a much greater sensitivity to global environmental concerns which will be reinforced by the growing strength of an environmental movement in any better educated democratic society. One such global problem that may impose more than psychological pressures to confirm to global expectations is climate change. A negotiating process is already under way and is clearly moving towards India taking on global commitments. We may stave off this pressure with the argument about the historical responsibility of the developed countries. But by 2050 this argument will fail to convince anyone other than some fanatical nationalist and emission obligations  under a global treaty are unavoidable.

This is implicitly recognised in the the Planning Commission's search for a low carbon growth strategy. But what is being talked of now in terms of efficiency improvements, modal shifts in transport and promotion of non carbon energy is but a fraction of what will be needed. More than that, the whole world will be on this path and by resisting joining this trend India will forego the first  mover advantage in technology development and face the consequences of a late comer to a global trend.

More than forty years ago, the Fourth Plan, spoke about the 'obligation of each generation to maintain the productive capacity of land, air, water and wild life', a message that seems to fall on deaf ears today with our growth men.  By 2050 India will be a devastated wasteland if this deafness persists.